Ours is one of the biggest exporting countries when it comes to mineral water, second only to France in Europe. It has to be said that the export only accounts for less than 10% of the national production (meaning that 90% of the Italian mineral water is consumed locally). But the number becomes more significant if we consider that Italy doesn’t import mineral water so that export/import rate is neatly positive.

The exportation of Italian mineral water

The numbers speak for themselves: Italian mineral water is more and more appreciated abroad. In the last 5 years the growth trend of exportations has raised considerably, with solid double-digit increases both in terms of production volume and turnover. The main export markets are the United States, Canada, Australia and Japan outside our continent, whereas in Europe Germany is on the first step of the podium, followed by France, Switzerland and the United Kingdom.

Therefore it seems that abroad there is a clear tendency to drink Italian style, and that is mainly thanks to two factors:

One last important factor is, that in the Horeca sector Italy is world leather when it comes to mineral water; that means that pubs, pizzerias and above all restaurants all over the world prefer to serve Italian mineral water.

A further proof of the strong connection between mineral water and “Made in Italy”, especially in the Horeca sector, is that in the last years many national brands have been revising the design of their bottles, hiring famous designers. So, drinking Italian style is not only quenching your thirst, but also doing it in style.

Let’s then see the top 5 brands to drink Italian mineral water in any country of the world. 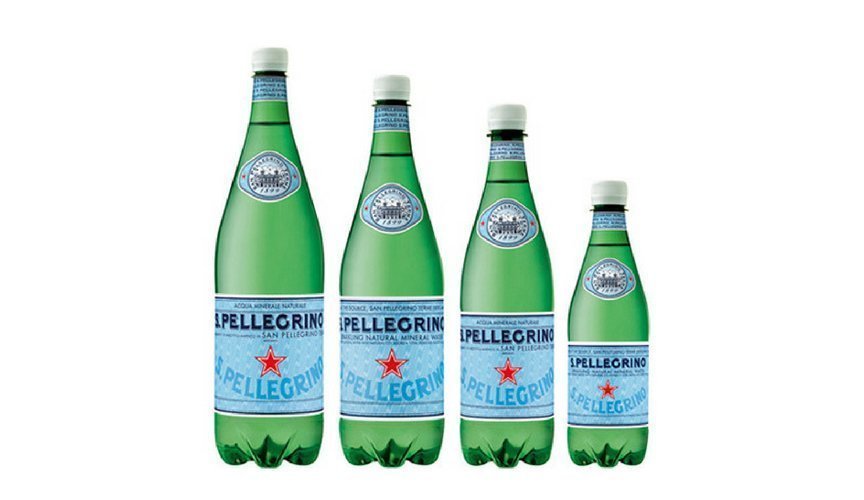 On the official website, under the heading “characteristics” it says “tastefully Italian”, a message that makes clear what the goal of the brand is: representing our gorgeous country with its water. San Pellegrino’s mineral water is also defined “the champagne of mineral waters”, for its sophisticated but perky taste that makes this unique water pleasant in your mouth, similarly to the bubbly drink.

With over 1 billion bottles sold all over the world in 2016 and an export share that exceeds that of domestic consumption, San Pellegrino’s mineral water is undoubtedly the most known and appreciated water abroad. It’s no coincidence, indeed, that in the last year the company boasted a growth of almost 8% in Europe and 15% in Latin America. 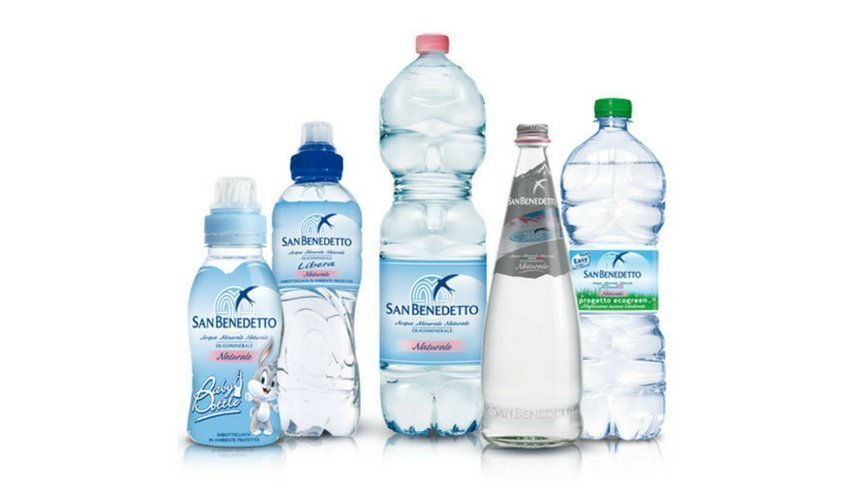 Mineral water San Benedetto is bottled in the Italian company which has the same name and which was founded on 10 January 1956 by the brothers Bruno and Ermenegildo Scattolin. In 2010 the company has undergone restructuring and reorganization, and in 2012 it was awarded the Superior Taste price by the International Taste and Quality Institute of Bruxelles. San Bedenetto can be found in over 100 countries in 5 continents, with an export share providing a turnover of 43,8 million euro, which corresponds to 6% of the whole production volume and 7% of the value. The success of the product in so many and different markets is certainly due to the capability of the company to respond to the needs of each different target. 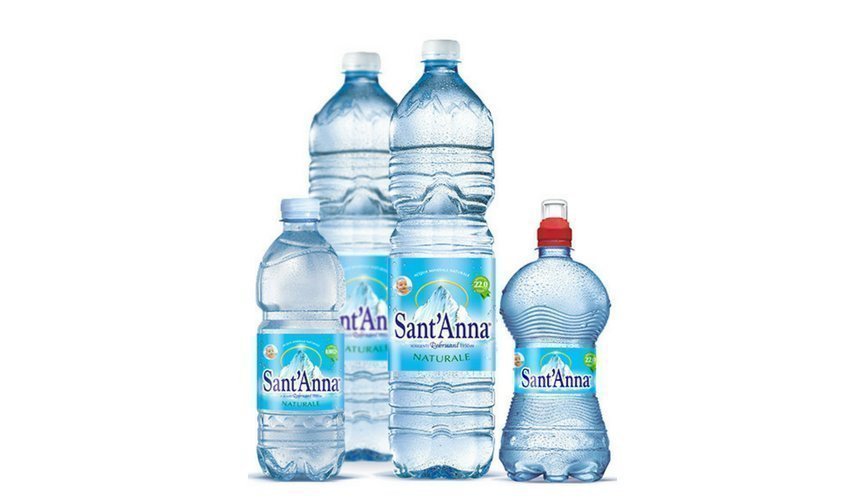 A turnover of over 280 million of Euro and a production capacity of up to 3 billion bottles: those are the digits of Sant’Anna, a pure and light Italian mineral water which is one of the most appreciated, and not only by Italians. Indeed, the company aims to consolidate its position on the local market, but it also has plans for the foreign ones (today exportations only account for 5% of the total turnover, but it’s a constantly increasing trend). The main foreign markets are Germany and France in Europe, and China, Japan and the States outside our continent.

To that end the company is planning big investments in equipment (to increase its production capacity), research and communication. Their strategy is based on diversification, willing to perform a constant and accurate analysis of the new trends in order to always understand the taste of consumers, so as to provide attractive and always new products. 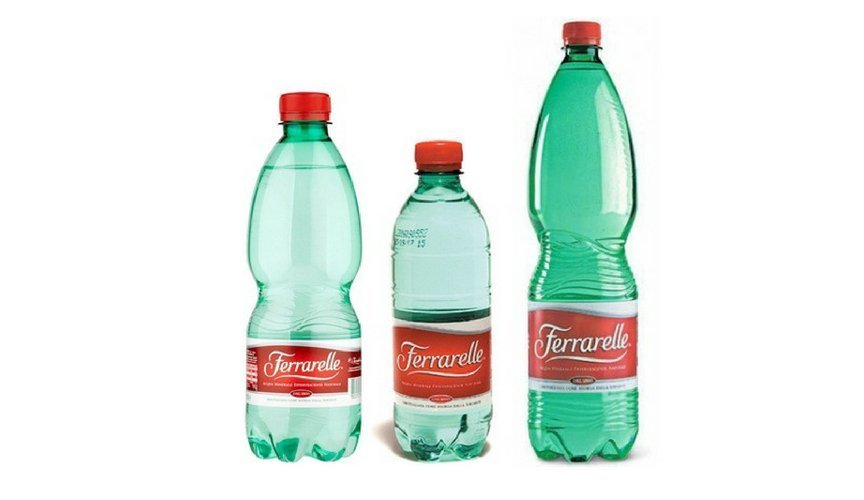 Ferrarelle mineral water is a naturally sparkling water coming from the Val d’Assano. It’s classified as mineralized water, with a mineral salt content of 1245 mg per liter, which makes it ideal for drinking every day: it’s healthy and with a very pleasant aftertaste.

Ferrarelle is also owner of many other popular brands such as Boario, Natia and Vitasnella; in 2016 they bottled 864 million of liters (5% more than the previous year) and reached a turnover of 137 million of Euro (6% more than 2015). Today Ferrarelle is the fourth biggest Italian company for the exportation of mineral water and for the production volume. 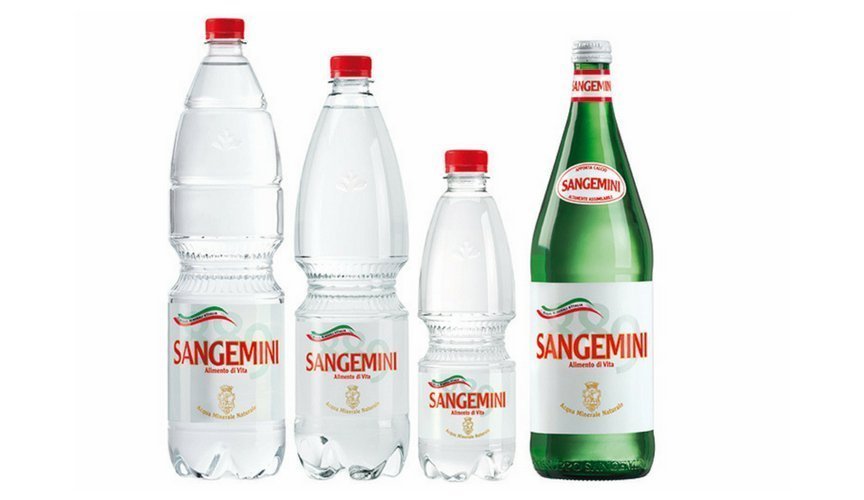 Acque Minerali d’Italia is the name of the group which was born in 2017 by the merger of Norda Spa, Sangemini Acqua Spa and Monticchio Gaudianello Spa. The group bottles and distributes brands like Sangemini, Norda and Gaudianello. The name of the group, which strongly reminds of Italy and of Made-in-Italy, is no coincidence: nowadays mineral water represents our country in the fields of taste, wellness, style and, why not: design!

In 2017 the group has produced overall 1 billion and 200 million liters of bottled water, recording an increase of 8,37% compared to the previous year, and a turnover of 140 million Euro (+7%). The exportations, that are one of the group’s main focuses, are also growing. The group plans important investments in communication (e.g. the sponsoring by Acqua Sangemini of the “Giro d’Italia” in 2017 and 2018).

Sangemini is a “source of life”, because it doesn’t only hydrate, but also nourishes our body, giving it the necessary intake of mineral salts and calcium: 1 liter of mineral water Sangemini contains about 40% of the recommended daily intake of calcium, equal to two glasses of milk!

Opening a shop of Italian products abroad: 3 sparkling wines and proseccos that cannot be missing on the shelf

The 5 best Italian tonic liquors for your shop abroad