Italian Soft drinks: top 5 brands to drink like an Italian everywhere in the world

When it comes to beverages, talking about soft drinks makes you think about wine. Italy is, indeed, the homeland of wine, which is more and more appreciated also outside our national borders. However, there are excellent, 100% products even among Italian soft drinks.

But what is intended by the term “soft drink”? This is what a refreshing, non-alcoholic drink is called, which can be still/flat, (that is with no carbon dioxide) or sparkling.

A soft drink is generally composed by:

The beverage sector is dominated by large multinational corporations, like the Coca-Cola group (owner of the world-famous trademarks Coca-Cola, Fanta and Sprite, but also of Powerade, Burns, and Nestea to name a few), the PepsiCo group (known for the brands Pepsi, 7up, Gatorade and Lipton Ice Tea), the Austrian giant Red Bull, world-leader in the energy drink sector with its production of the same name, and the Orangina Schweppes group (producer of the famous drink).

In our country there are companies which produce world-famous Italian-made soft drinks too, so let us show you our selection: the top 5 brands of Italy soft drinks that are famous throughout the world!

Italy soft drinks: 5 top brands to drink like an Italian everywhere in the world 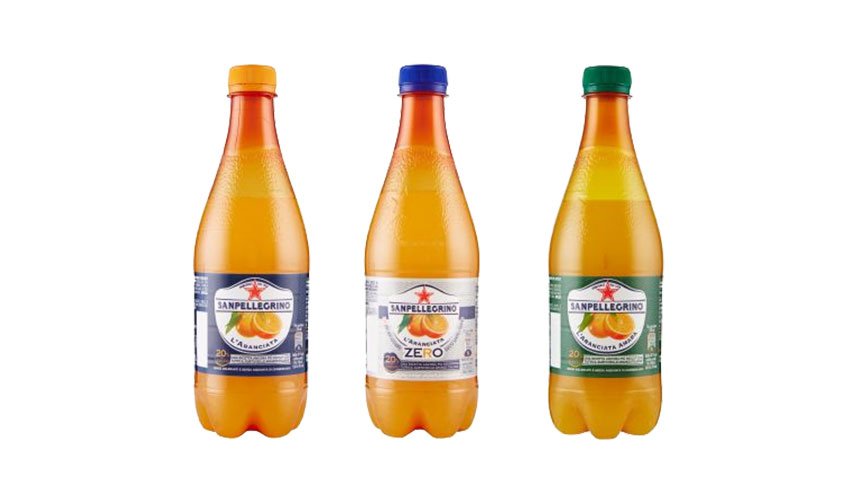 San Pellegrino is the most famous and traditional orange soda in Italy, with a history going back to 1932. The high quality of its ingredients gives this iconic, yellow-orange drink a genuine and natural flavor with small bubbles which are pleasing to both the palate and the eye. It’s delicate, with a slightly bitter note of orange that ripened in the sun and a medium level of sweetness, which give the beverage a unique flavor that suits the taste of young and old.

The Italian soft drink San Pellegrino is delightful to the tongue, thanks to their genuine Italian taste. It’s enough to open a bottle to taste the incomparable Italian citrus anywhere you are in this world, making any moment special. 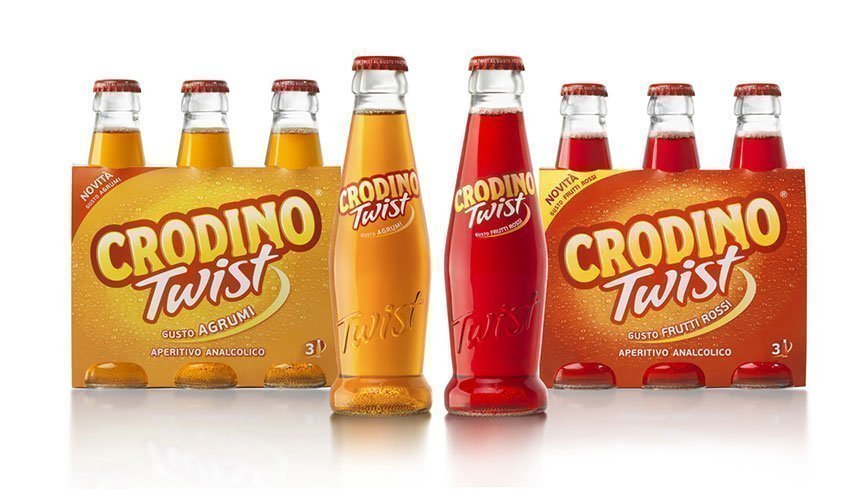 Crodino is a bitter, non-alcoholic aperitif and is produced since 1964. The company is part of the Campari group since 1995.

It’s an Italian soft drink based on plant extract and sugar and is generally sold in 10cl bottles. It’s a brand leader in Italy and well known and appreciated everywhere in the world. Crodino is the non-alcoholic aperitif by definition, the most sold and appreciated. The secret to its success is its unique and intriguing flavour, obtained through an extract which today is still prepared according to tradition, from a blend of herb infusions, plants and parts of fruits, all carefully selected.

The success of the brand is also the result of a brilliant market strategy: how can we forget the commercial Crodino? «L’analcolico biondo che fa impazzire il mondo!» (The yellow aperitif which drives the world crazy!).

After 13 years of visual advertising featuring a gorilla drinking Crodino in a bar, the torch has been passed to an international testimonial: the American actor Owen Wilson. In the commercials, which were shot in Mexico City by the director Sebastien Grousset, the actor becomes the life of the party (on the beach or in an apartment) driving the world crazy thanks to a Crodino. 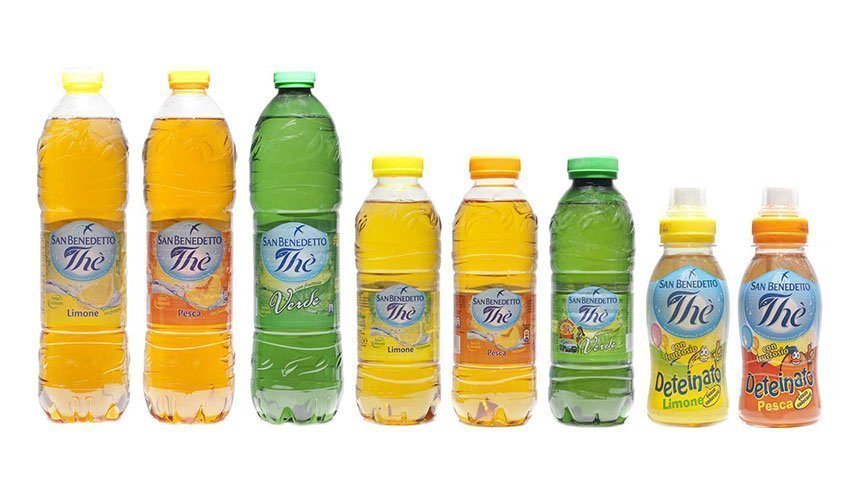 The history of the San Benedetto group starts in 1956 with the construction of the first production plant where, still today, water from San Benedetto and Guizza springs are bottled.

In a few years, the company grew into what it is today: the second biggest distributor in Italy in the sector of non-alcoholic drinks, also thanks to a smart commercial policy and to the acquisition of new brands and springs. San Benedetto products are well known and appreciated also beyond the borders: they are sold in over 100 countries!

The exports amount to about 6% of the production volume and to 7% of the total turnover, that is about 43,8 million euros. The main target markets, besides Western Europe (Austria, Germany, Switzerland, France and the United Kingdom) and Eastern Europe (Hungary, Czech Republic, Bulgaria and Romania) are the United States, Canada, Japan, Australia, Israel and, in south-east Asia, Singapore, Malaysia and Thailand.

San Benedetto tea is one of the top sellers of the company: tasty and refreshing, it’s produced in numerous variants to suit everyone’s taste: classic, sugar-free, green tea with aloe, decaffeinated tea. Of course, they are all made from San Benedetto mineral water. 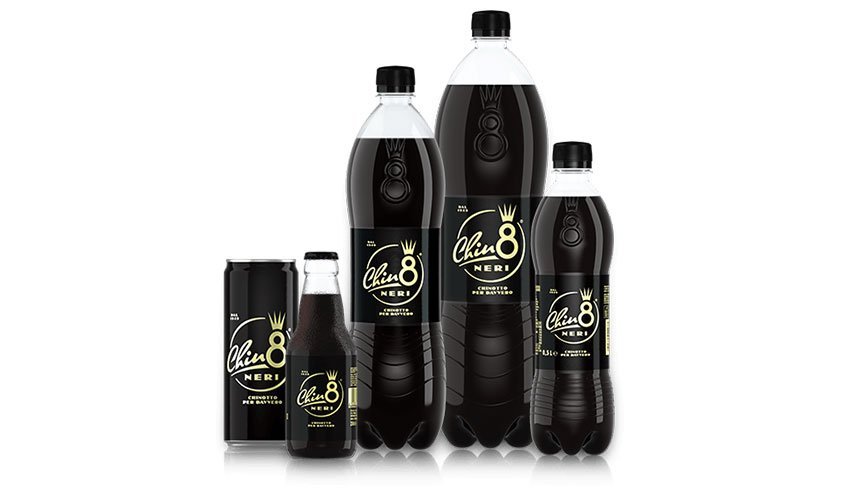 The Italian soft drink Chinotto (Citrus aurantium, var. Myrtifolia) is a citrus fruit shaped like a ping-pong ball that grows on a tree whose flowers are often used as a decoration. It was imported from China (hence its name) in the 16th century by a Ligurian sailor, after which its cultivation spread throughout the Mediterranean basin to Turkey and Syria. Nowadays the cultivation of Chinotto is limited to Calabria, Sicily and Tuscany, with occasional patches in Liguria and along the French coast.

The company Neri was founded in 1949 by Pietro Neri, a small entrepreneur who, at the age of 30, started producing, and later selling, this drink, whose color and consistency reminded them of the American drinks that were typically consumed in the Italian postwar. The success of the drink is due to its very peculiar and intense flavor, and led to the launch of other three products: limoncedro, aranciosa and the famous gazzosa. 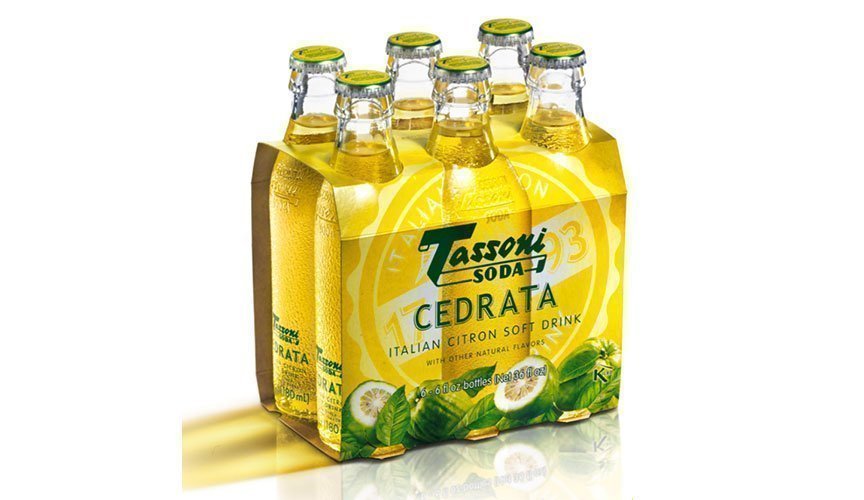 Cedrata Tassoni was born in 1956 as an evolution of its traditional product, the citron syrup. Cedrata is a tasty and tasty drink which immediately had great success.

It’s a non-alcoholic fizzy drink, sweet but with a hint of acidity; the color is pale yellow. The flavor strongly reminds of citron fruits, from which Tassoni extracts the essential oils that give the drink its unique taste. This product was originally produced with citrons of the variety Cytrus medica, which is cultivated on the coast of Lake Garda. Today another variety is used, called Diamante, which grows in the sunny southern part of Calabria, in Italy.

Today Tassoni bottles 25 million units per year and has a turnover of 11,3 million euros. Cedrata Tassoni is sold and appreciated on all continents.

Our website offers a wide selection of Italian food brand products to help you start your own business. The availability of our company means having a constant direct line with our customers so that we can clear up any doubts and solve any problems they encounter. Ezia Caputo and Giovanna Caprioli Sales Managers are always available by phone, email or WhatsApp.

You may also be interested in: “5 wines from Apulia that are popular worldwide”

Italian products of excellence for your supermarket abroad: San Nicholaus

Quarta Caffè: the Italian excellence of coffee, from Apulia all over the world