Prosecco: the 5 reasons of its global success

Prosecco is the biggest-selling Italian wine in the world: in 2017 over 205 million liters were sold, which amounts to a market share of 40% in the wine sector. That’s almost twice the amount of its French cousin, champagne, that was sold in the same year, that is “only” 112 million for. The United States, The United Kingdom and Germany are the main foreign markets for the export of prosecco, but there are emerging markets, especially China and Russia, which in the next years will certainly contribute to the increase in exports of this Italian product.

Prosecco: the 5 reasons of its global success

The United Kingdom is the biggest export market of champagne in terms of sales volume, exceeding by far the States, which are currently in second place. However, the UK has seen a drop in sales lately, while contemporarily experiencing a growth in the domestic consumption.

In 2016 the overall sales of champagne reached 4,71 billion euros, slightly less than the sales record achieved in the previous year, that is 4,74 billion euros, according to the digits of the Comité Champagne. These numbers are cause for concern for the future: the total exports of champagne have decreased by 2,1% in 2016, that’s the worst results since 2012.

Prosecco has overtaken champagne in terms of sales volume, but not in terms of value: in these terms France still surpasses Italy, and by far. The numbers speak for themselves: in 2017 the average export price of champagne was of 25 EUR per liter, and 112,287 liters were sold, resulting in a total turnover of 2,8 billion EUR. The average export price of prosecco in the same year was 3,92 liters, with 205 million liters exported, wich amounts to a total turnover of 804 million EUR (source: Nomisma Wine Monitor, data Eurostat).

Let’s now see the 5 reasons for the unstoppable success of prosecco, appreciated and with an ever-growing demand throughout the world. 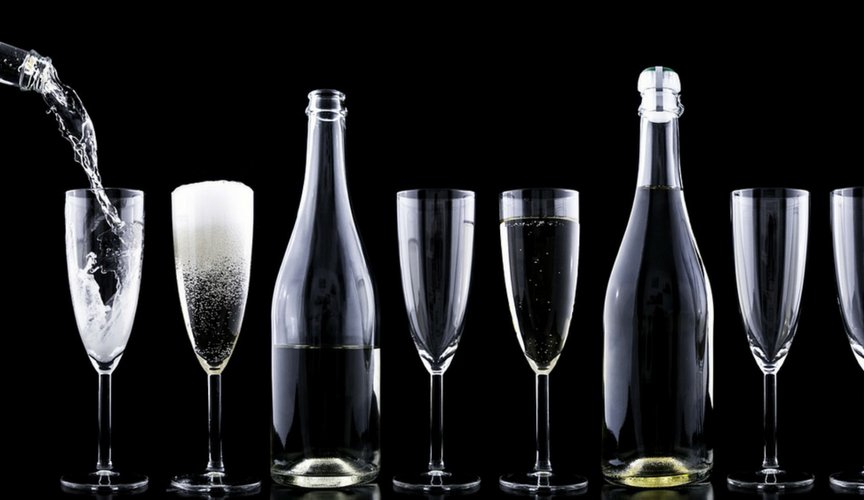 First of all prosecco is definitely more affordable than champagne: its average price of 3,92 € per liter, compared to the 25 € of the French bubbly drink makes a huge difference. No doubt prosecco has much lower production times and costs, but the remarkable price difference is also due to marketing reasons: the French want to keep the price of their product high, so to remain in the high end of the wine market (the most prestigious one). Anyway, the lower price is undoubtedly one of the factors that contributed to the great diffusion of prosecco everywhere in the world… Including France!

2. THE POPULARITY OF HAPPY HOUR… AND SPRITZ! 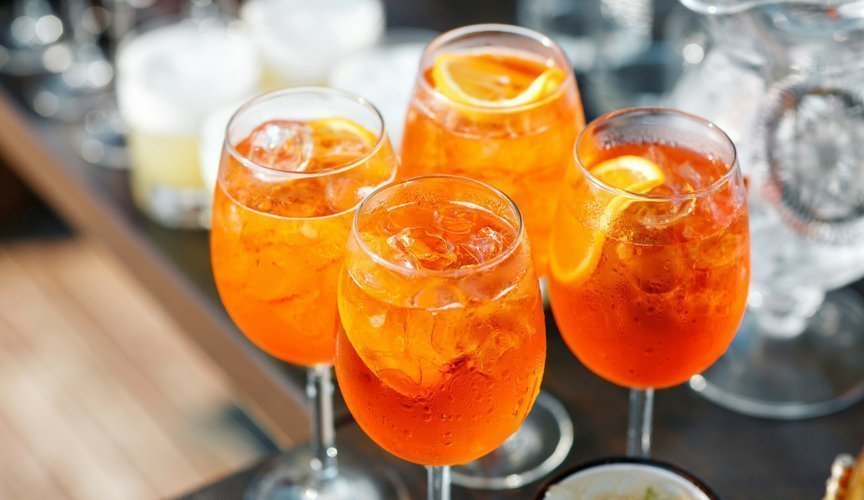 We Italians are masters of creating new trends and traditions which take hold quickly. One of the most recent trends is that of happy hour: some appetizers and a fresh drink, even better if it is a young, refreshing and only slightly alcoholic cocktail, like Spritz. The trend of happy hour has contributed significantly to the spread of prosecco, and the appreciation of the latter has grown ever since, until it acquired its own role as a wine to marry meals. 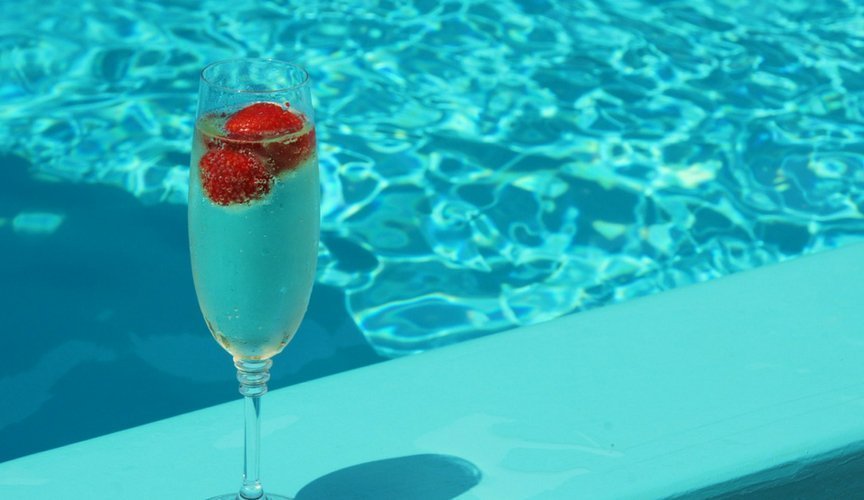 Millennials are in love with prosecco, to the point of being one of the major reasons of its growth and spread. They were the first, especially outside the Italian borders, to appreciate the happy hour trend and to choose the Italian bubbly wine for those relaxing moments. Among young people prosecco replaced most traditional drinks, including beer, because the former is considered more “fashionable”; plus, it has a very pleasant taste and it can be had alone or in some of the most popular cocktails. 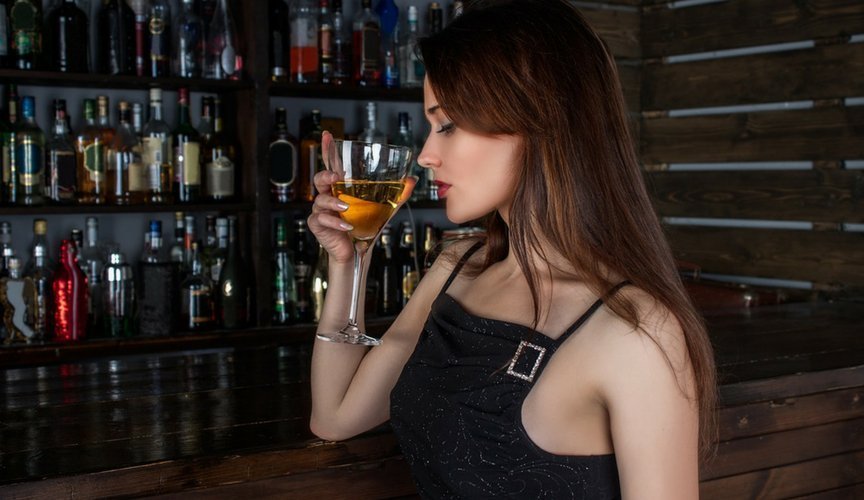 Prosecco has a very wide target: it doesn’t identify with only one category, but it meets the tastes of a large variety of consumers. Women like this Italian bubbly wine too: in a glass or expertly mixed in the cocktail of the moment, this product is ideal during a work break, an afternoon rest, an evening with friends or when you’re clubbing.

5. IMITATION IS SYNONYMOUS WITH SUCCESS 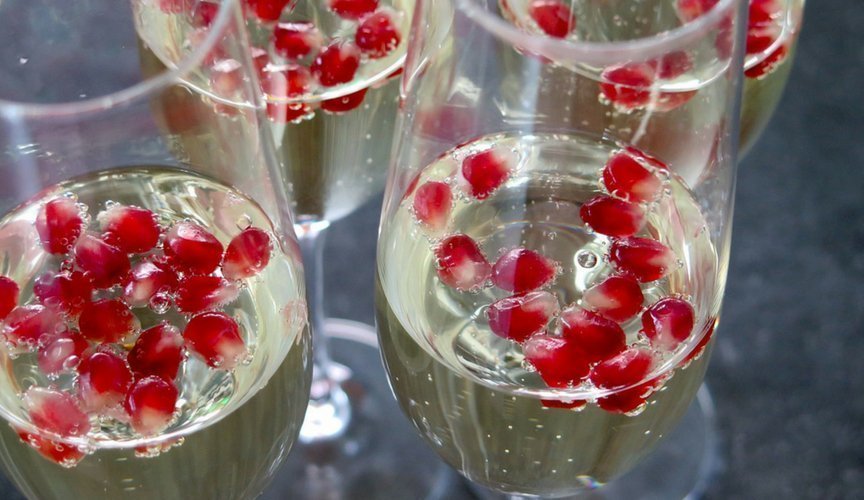 They say that the more imitated a product is, the more success it has. No doubt, this is the case of prosecco, which is imitated (often sloppily) by companies which, from the very beginning, had understood the potential of this Italian product. A perfect example is the fake prosecco in a can, created and sold by a German company, the name of which was “Rich Prosecco”, later changed to “Rich Secco”. Through the leverage of Italian Sounding and an aggressive marketing strategy (the testimonial of the brand was the beautiful Paris Hilton), the company managed to sell over one million cans in few months in Europe and in the United States!

Prosecco is a further example (the umpteenth) of Made in Italy which works nicely everywhere in the world. That’s why Bell Italia works every day to guarantee to wholesalers and retailers the best Italian products (the real ones, needless to say) at the lowest prices on the market.

The 5 Sanpellegrino products Bell Italia sells the most abroad

5 Italian soft drinks: the best way to cool off during summer

RECORD Lavazza Export in 2019: the 5 TOP products of Bell Italia