Tuna is the most-sold fish in the world, in the form of fresh, frozen and canned tuna. It’s also one of the 50 most-sold foodstuffs in supermarkets, where its sales amount approximately to 1,1 billion euros.

As a saltwater fish, tuna is the biggest member of the mackerels family and belongs to the genus Thunnus, which comprises 13 species. All species can be found canned, including albacore tuna, skipjack, Bluefin tuna and Yellowfin tuna.

The flavor depends not only on the species, but also on what the fish ate. A tuna can weigh up to 680 kilos, and the weight has an influence on the taste and consistency.

Tuna has been fished for centuries: even in the ancient days it was fished on a large scale, especially in Gibraltar and in the Hellespont. In Sicily it was mostly fished on the shores of Trapani. The fishing techniques vary depending on the season and geographical location. At the beginning of the last century immigrants from the South of Italy were happy to find this fish in the Pacific and they started fishing it in Southern California, which contributed to make the consumption of tuna common in America as well.

The first evidence of the catching of tuna fish are the writings of Aristophanes, Oppian and Theocritus. Aristophane (fifth century b.C.) writes that the lookouts used to go on the highest peaks to spot the arrival of tuna shoals, which were pushed towards their nets by the marine currents.

Canned tuna: the 5 brands that are most famous world-wide 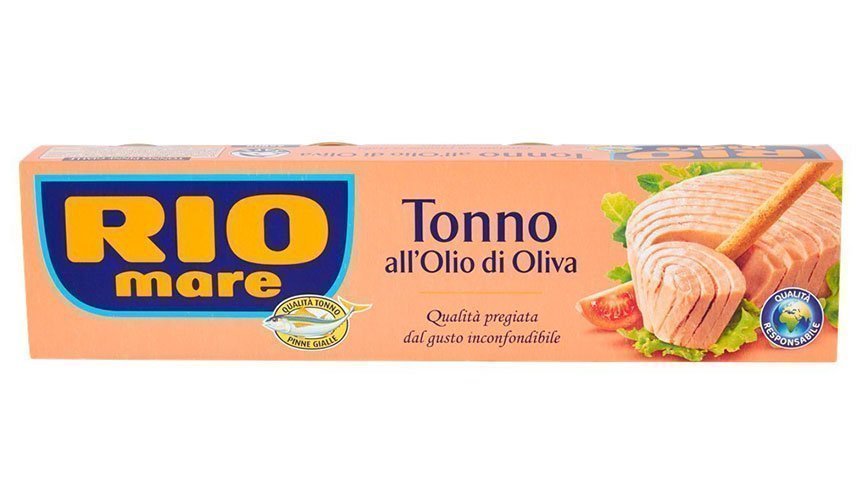 Since over 40 years Rio Mare has been well-known in Italy for its commercial that claimed that “it’s so tender you can cut it with a breadstick”. What makes it unique is the characteristic pink color and the high quality, guaranteed by rigorous controls and by a double cleaning done by hand.

The unmistakable flavor is further enhanced by a pinch of sea salt and  olive oil from the Mediterranean. The range of Rio Mare products is exported in over 30 countries and includes tuna in olive oil, tuna in brine, tuna loins, seasoned tuna for pasta, tuna with vegetables and spreadable tuna. Other than tuna, Rio Mare also produces and sells fillets of salmons, mackerels and sardines. 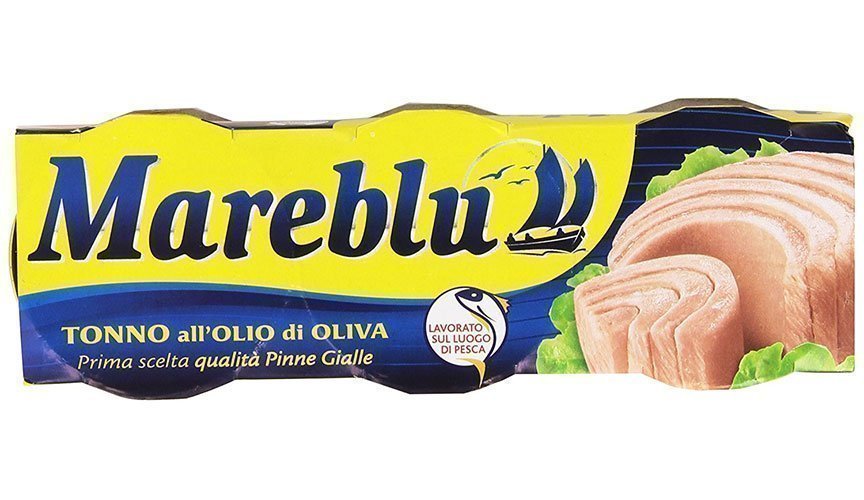 After the turmoil caused by the military coup, the major Thai companies have started planning ahead again. Among these is Thai Union Frozen Products, one of the most important companies and very open to the international markets.

This company is a giant in the fishing industry and owner of the company Mareblu, which is a brand leader in Italy when it comes to tuna products, and also known and appreciated beyond national borders. The brand is looking for further takeovers on the Western markets, where it wants to further strengthen its presence, as explained in an article from the “Financial Times”. Thai Union, which is little known in Italy despite owning Mareblu, is already a giant in the fishing industry, with revenues exceeding 3 billion euros and profits of almost 80 million euros. 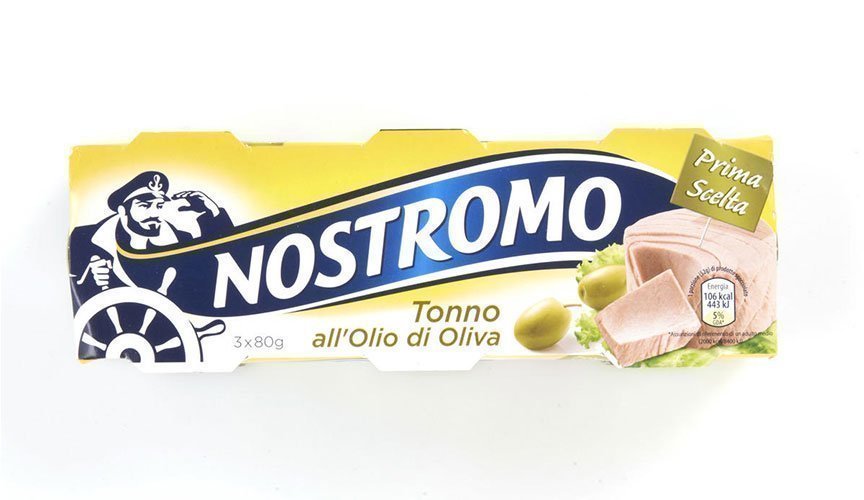 This tuna is seasoned with only a spoon of olive oil and less than 1 g of sea salt and is ideal to add fish to your diet. It is also a source of Omega-3, phosphorus, iodine, vitamin B12 and D3 and it is high in protein, selenium and vitamin B3. Nostromo tuna is healthy and savory, and it can be had as it is or used in many  recipes.

Nostromo tuna is distributed by Trinity Alimentari S.p.A., (which has now become Bolton Alimentari S.p.A.), located in Cermenate (Como), where there is one of the biggest establishments processing tuna in Europe.

Nostromo is one of the biggest brands of canned tuna in the Italian market. Since over 50 years it’s been a guarantee of  quality, and it has been using only the best tunas to make excellent canned fish. Nostromo Tuna is soft and compact, savory and high on nutrients to satisfy any taste. 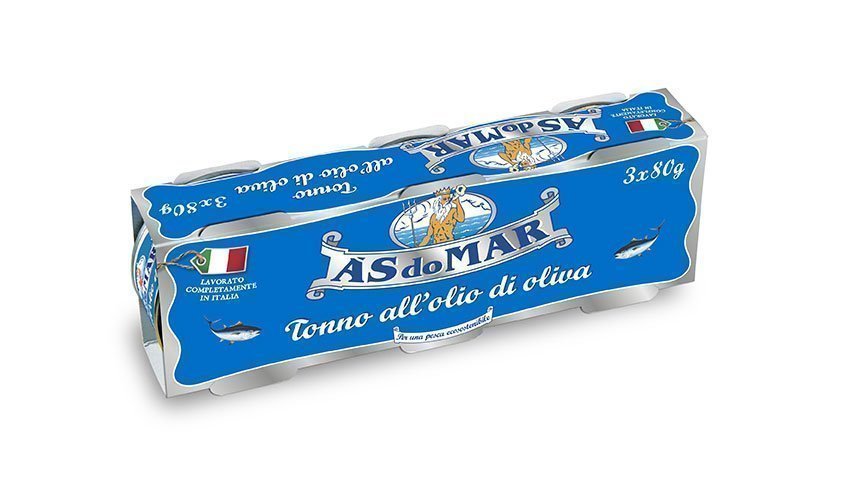 Generale Conserve is the second largest producer of canned fish in the Italian market (with a market share of about 17%). It’s a brand leader in the production of whole tuna, it’s the owner of the brand As do Mar and it is a role model of quality and innovation.

Canned tuna As do Mar is cooked and then left to steep in high-quality olive oil for 1 or 2 months before it’s distributed.

Many tuna connoisseurs think that what makes this Italian product so good is the long marinating times and the use of high quality olive oil and sea salt.

With the acquisition of Manzotin (which is the second Italian producer of jellied meat) and De Rica, iconic label of the agri-food sector, Generale Conserve has managed to diversify and increase its presence in the canning industry. 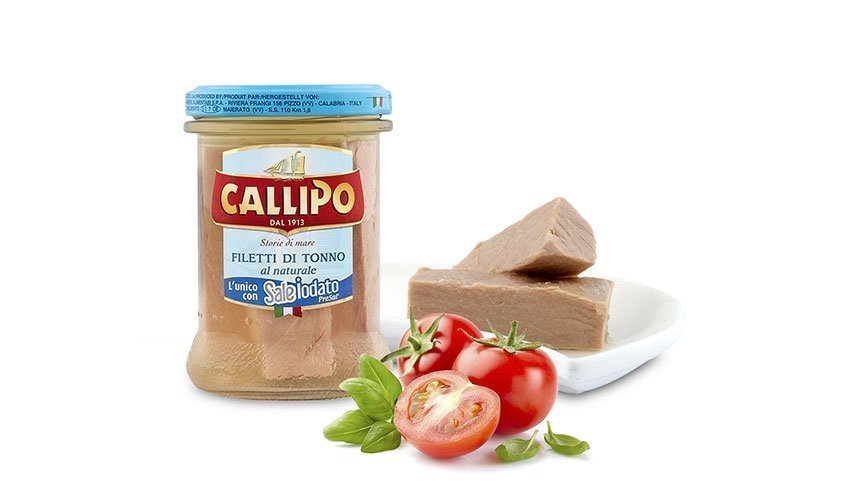 Callipo Yellowfin tuna is tender, compact and lean and has a shade of pink.

Callipo has always selected the best parts of tunas, to be transformed in a 100% Italian process at every stage. The canned tuna from Callipo owes its unmistakable flavor, recognizable at the first bite, to the steaming, which keeps its nutritional properties unaltered, to the thorough cleaning and to the maturing, which lasts several months.

Callipo canned tuna in water is produced for those who want a product which is low in fat (less than 1%). It’s produced exclusively in Italy, and the materials are chosen carefully.

The company Callipo has currently an annual production of about 5.500 tons of tuna and 200 workers. 90% of its production is distributed in Italy, whereas the remaining 10% goes the main European and non-European countries.

You may be interested in reading: “Italian tomato sauce: 5 brands that are a symbol of quality and Made in Italy world-wide”