Would you like to know the top 5 summer products? Bell Italia was born in 2010 with a precise goal: bringing the best of Italian food and no food in the whole world at the most competitive prices. Two enterprising and ambitious friends turned a dream into a concrete and reliable reality. With hundreds of customers everywhere in the globe, Bell Italia has today become a reference point for wholesalers and retailers who want their shelves supplied with pasta, coffee, sweet and salty snacks, drinks, beer, wine and many more – strictly Italian – consumer products.

But there’s more: Bell’Italia today is the window onto Italy, for all of those people who love “Made in Italy” and have a commercial activity abroad. That’s why we send our costumers free samples and keep them always up-to-date about the new products available on the market: we believe it’s important that they try out a product before it lands on their shelves!

Thoroughness, reliability, convenience and innovation are only some of our strong points. If you want to know the others, have a look at our website!

When it comes to Italian food some products are a must: we’re talking about articles that are consumed and appreciated throughout the whole year.  However, in summer the sales of soft drinks and beer increase steeply, mostly due to the heat, but also because they are ideal during a vacation or for going out at night. Let’s now see the top 5 products of summer 2018 by Bell Italia, that is the articles that were sought-after the most during this summer, which now has almost ended.

The best ever: Lavazza coffee is almost always the number one in the list of our customers’ preferences. After all it doesn’t matter whether it’s hot or cold outside: there’s always a reason to have a nice cup of excellent Italian coffee, and Lavazza Qualità Rossa, thanks to its unmistakable flavor that is the result of a selected blend of Arabica and Robusta, is no doubt one of the most appreciated in the world. Our super offers have convinced many clients scattered all over the globe to order big quantities of this article. That’s why coffee Lavazza Qualità Rossa is our top seller.

Now some digits: in 2017 the total turnover was 2 billion euro, that is +6,3% more than 2016; this growth is three times higher than that of the market, mostly due to the foreign markets, which amount to roughly 63% of the total turnover; the other 37% earns the company its role of absolute leadership also on the national market. 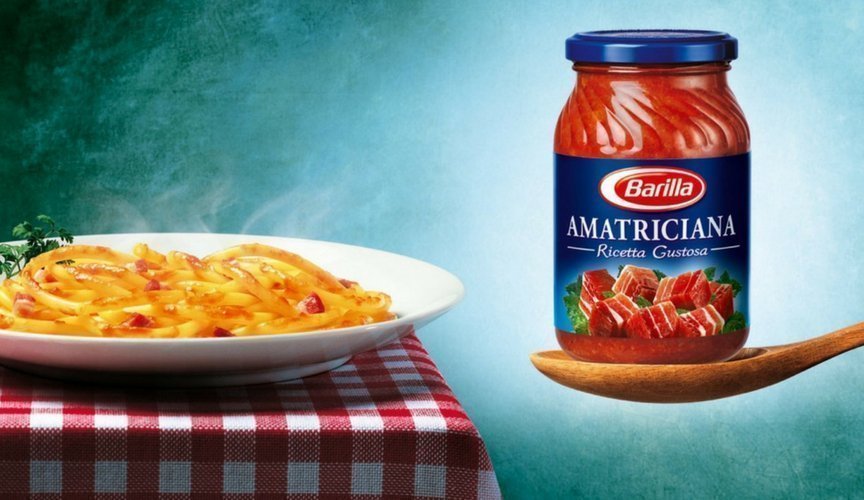 Barilla spaghetti N°5 are another must of Italian cuisine; Europe, the Balkan peninsula, the Middle East, the States, Russia, China and Australia: should we pin on the world map every nation where we export our product it would look like a game of Risk! After all Barilla is the biggest pasta producer in the world, with 40-50% of the Italian market and 25% of the US market.

The best-selling format is the 500 g package, but also the 5 kg one is in high demand, especially by wholesalers specialized in the catering and Ho.Re.Ca. sectors. Despite the recent price list increases wanted by the producer, Bell Italia managed to keep its prices unchanged, guaranteeing its customers saving and convenience. This is another reason why pasta Barilla is placed second in the list of our top 5 products of summer 2018.

Readymade sauces have also achieved excellent sales, especially those sold in 400 g jars: basil, tomato, cheese, puttanesca, tuna, ricotta, olives, vegetables, clams, arrabbiata, amatriciana are only some of the available variants. And by Bell Italia… They are always on special offer! 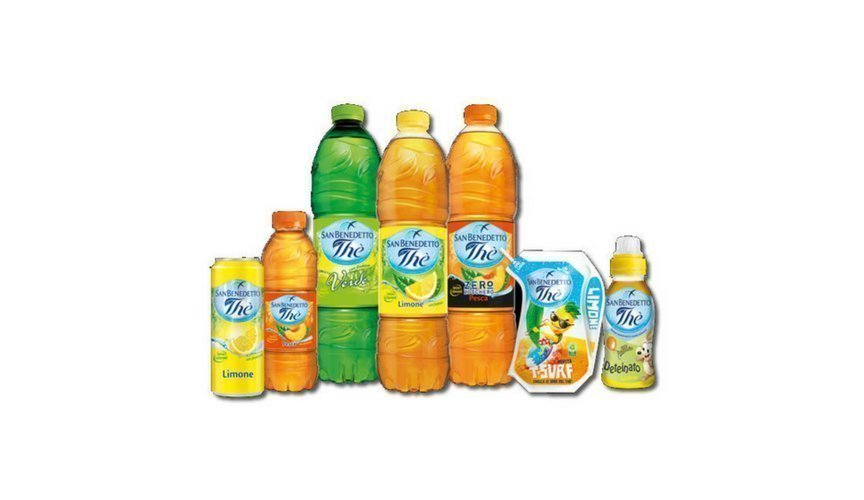 Summer has pushed up the sales of Italian mineral water and soft drinks: among these, San Benedetto tea has had the highest demand by our customers, thanks to the quality of this product, the numerous available variants, its 100% Italian origin and style, much appreciated locally as well as abroad, and certainly also thanks… to our super convenient offers!

The history of the group San Benedetto started in 1956 with the opening of the first production plant in Scorzé, where water from the sources of San Benedetto and Guizza were bottled. In few years the company grew until, thanks to a wise commercial policy and the acquisition of new sources and brands, it became what it is today: the second largest player in Italy in the sector of non-alcoholic drinks. San Benedetto’s products are known and appreciated also overseas: they can be found on the shelves of the supermarkets of over 100 countries in the world!

Exportations amount to approximately 6% of the total production volume and to 7% of the value, corresponding to 43,8% million euro. The main reference markets, besides Western Europe (Austria, Germany, Switzerland, France and the United Kingdom) and Eastern Europe (Hungary, Czech Republic, Bulgaria and Romania) are: the States, Canada, Japan, Australia, Israel and, in South East Asia, Singapore, Malaysia and Thailand.

The San Benedetto group is active in over 100 countries and is the main operator in the reference market, as well as the second player in the segment of alcohol-free beverages. 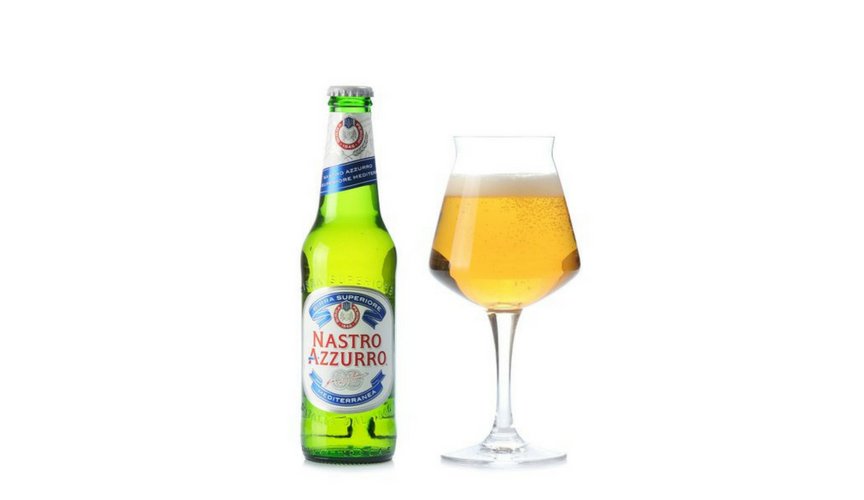 At the first place of the list we find Nastro Azzurro: an Italian premium pilsner beer produced since the’60s in the brewery Peroni. The taste is typical of a pilsner, with a note of citrus and hops. Its alcoholic strength is 5,1% vol.

One of its best ingredients is the corn, and precisely a variety which is only grown in Italy, non genetically-modified and selected thanks to the collaboration with the Maize Research Unit of Bergamo. Whereas in Italy the name Peroni doesn’t appear, on the labels of the bottles headed overseas you will read “Peroni Nastro Azzurro”; nowadays it is the world’s best-selling beer, exported in all continents and in over 75 countries, for a total of over 1,1 million hectroliters. 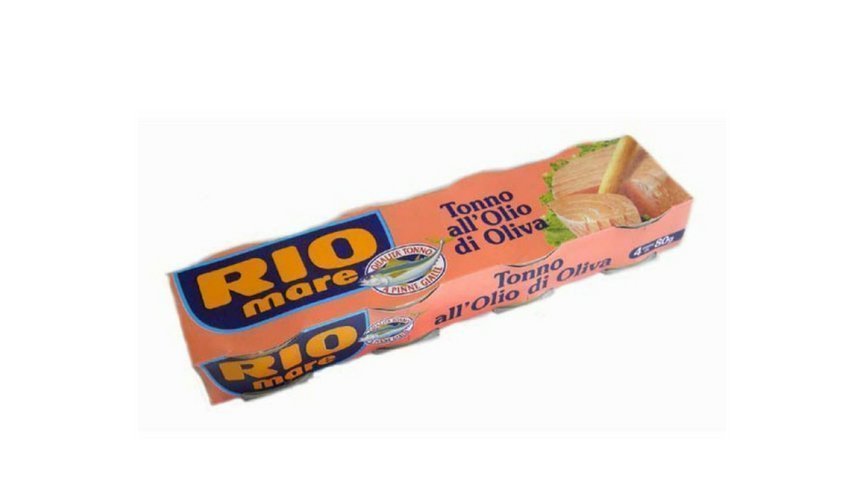 Even though it is consumed and appreciated throughout the year, canned tuna fish has its best time in summer, because it’s used in many quick and fresh recipes that are typical of this time of the year, such as rice salad. This earns tuna Rio Mare the fifth place of our list. Very good are also the sales of the insalatissime, tasty, colorful and… convenient, thanks to the exceptional Bell Italia’s special offers.

Rio Mare’s products are exported in over 30 countries, mostly in Europe and in the Middle East.

What do you think about this article on the top 5 summer products?

You may also be interested in “Italian sounding: the business of fake Made in Italy worth 60 billion euro”

Canned tuna: 4 Italian brands to try in your supermarket abroad