In today’s article: a nice interview with Gianvito di Palma, managing director of Bell Italia. He has just turned forty and he’s been with the company for 8 years, he has the determination of a teenager and a whole lot of enthusiasm. When I proposed to him to have a chat for the blog, he was surprised. He’s not a fan of being under the spotlight, he’s a pragmatist: he follows customers and suppliers, closes deals, solves problems, coordinates the team, analyses data, comes up with new ideas and projects. He’s a dynamo, a volcano, under whose leadership a small business like ours has achieved a five-fold turnover increase in a few years, has consolidated its financial soundness and, most of all, has become a reference point for wholesalers and retailers everywhere in the world, who are interested in the best of ‘made in Italy’ and more. We met him in his office at Barletta, busy with paperwork as usual, and asked him questions between one international phone call and another.

Qest. From employee to executive, and finally CEO: what’s the secret of this explosive career?
Answ. I was enthusiastic about the Bell Italia project since the beginning. It was the year 2011 and Giuseppe Francia, founder of the company, suggested that we collaborate on a project. Bell Italia had only existed for one year, and in a short time it had earned the trust of several foreign customers. Probably more than expected, so much so that it proved difficult to handle the numerous requests for quotes, the preparation of free samples, the estimates of the costs of freight transport and the various necessary certifications. In that period I was working at a company operating in the clothing sector, but I was looking for new challenges, and the prospect of an experience in the sector of ‘Italian-made’ food, the chance to get to know and conquer new markets, the idea of travelling… persuaded me to accept the proposal without hesitation. So, I joined a stimulating and dynamic project: thanks to the commitment and the ideas of the team of then… and to the popularity Italian products have across the world, the results weren’t long in coming. Three years later, I was a member of Bell Italia, and later I was appointed CEO. Needless to say, Bell Italia is in my DNA now!

Bell Italia is growing every year 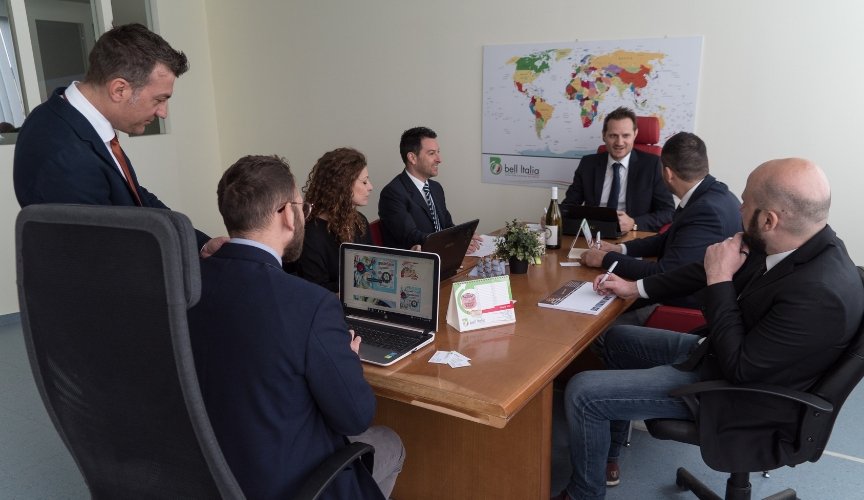 Quest. Bell Italia is growing every year, and bringing the ‘made in Italy’ to more and more new clients and markets: what are the ingredients of this success?

Answ. Most of the credit goes to Italian products: their strength is impressive! A perfect synthesis of quality, authenticity, alluring packaging and an excellent price-quality ratio. As regards Bell Italia, its success is the fruit of two main “ingredients”: competitive prices and a high-quality service. We constantly support our customers by solving any problem, by providing the required certifications, by re-labelling the wares in any foreign language, by taking care of the logistics. Who sends us an order knows they are not going to waste a cent, and for our partners this certainty is a real added value they won’t give away! Also, we are proud we have become, in time, a useful and reliable window to ‘made in Italy’: we select the best new products, we test them and we send free samples. More and more customers from every part of the world are appreciating our work and putting their trust in Bell Italia.

Quest. Let’s talk about the team: so many different skills at the service of the company. What do you think?
Answ. Yes, that’s true. Bell Italia’s team is made of persons with different histories and expertise, most of them of a managerial nature. Thinking in different ways helps us to constantly compare diverse ideas about new projects to be undertaken or strategies to be adopted. We are different, but complementary. This is certainly another one of Bell Italia’s strengths.

Answ. (laughs) Double sales again this year! The trend of these first months is very positive, but, kidding aside, the numbers aren’t our main concern. We consider ourselves lucky because we have customers all over the world: the United States, Taiwan, the Middle East and our beautiful Europe, just to mention some of them. Each client has different needs: products, certifications, logistics. And we devote each of them all the possible attention and dedication: as I like to call it, “a sartorial-like service”. Yes, because Bell Italia is growing in terms of numbers, but remains “small” and friendly when it comes to customer relations. We are also happy to give our contribution, in our small way, in spreading the ‘made in Italy’ everywhere in the world: thinking that, also thanks to Bell Italia, on the shelves and in the houses of New York, London or Dubai there will be a tiny bit of Italy fills us with pride and satisfaction. 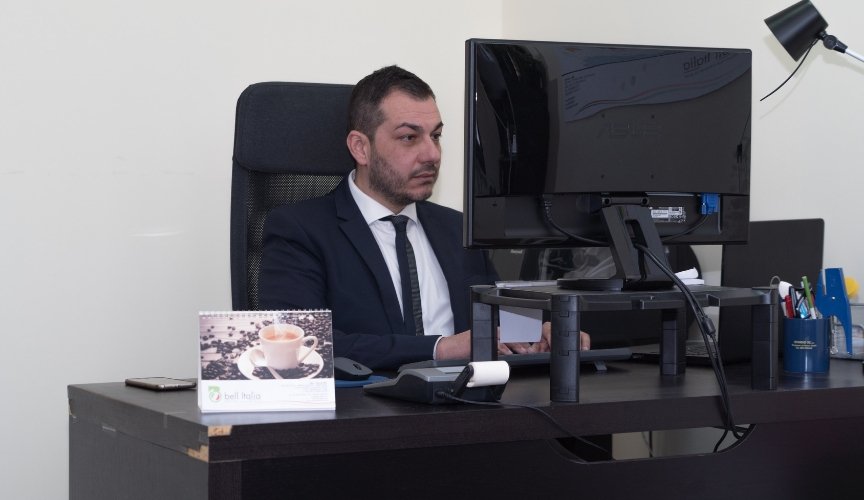 Quest. Any funny story you have to tell about your experience in Bell Italia?

Answ. I have lots, but there is one, in particular, that I would like to mention. I had just joined Bell Italia and we had arranged a taste in Belgium, inside a supermarket that we considered a potential customer: a good opportunity to show our selected Italian products to the local consumers. The wares, due to a courier error, were sent to France, instead of Belgium. There were only a few hours left before the event, which we would have had to cancel, if we didn’t manage to recover the goods in time. So, a colleague and I rented a van and, in record time, arrived to Paris, took the samples (two terribly heavy packages), loaded them into the van by hand, and drove back to Brussel. The taste was a success and, thanks to that event, we obtained a new client, who still is one of our most important partners. If we had lost our heart, maybe today Bell Italia wouldn’t exist. The message is: always fight and give it all you’ve got to chase your dreams!

Export of Italian products to the USA: Bell Italia obtains the FDA registration